Retail customer service is operating with reduced hours through Aug 31. Most book orders will still ship within one business day. (Clearance items, custom MP3 orders, and special assistance may be delayed.) 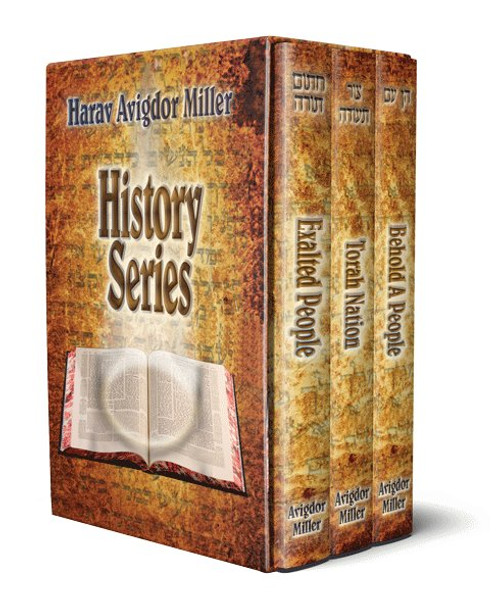 Israel's history is the record of G-d's conduct towards His beloved nation, and it should be studied in that spirit. With this in mind, the famous Rabbi Avigdor Miller zt"l gives us insight into the first 2000 years of the history of the world. Starting with the moment of creation and going through the ages up until the destruction of the First Temple, his precise and accurate depiction of our heritage make this book an integral link to our illustrious past. The first in a series.

Exalted People was the third in Rabbi Miller's series of Jewish history books (a sequel to Behold, a People and Torah Nation). It traces the history of Israel and its sages from the destruction of the Second Temple through the sealing of the Talmud some 400 years later.